When to Buy Airplane Tickets Cheap 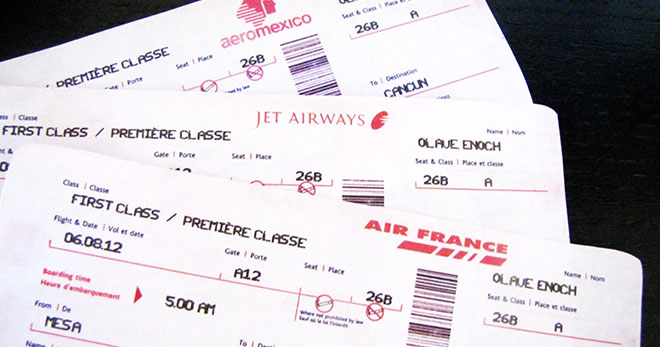 YOU MISSED IT! NEVER MISS A DEAL BY SUBSCRIBING TO OUR NEWSLETTER.

The best time to buy airplane tickets is Wednesday morning at 1am, but if that specific slot doesn’t work for you, then stay up late and purchase airfare when everyone else is sleeping so you get a great deal.

If you’re flying in July or August and have some flexibility, schedule your trip for August, suggests Travelzoo editorial director Andrew Young. “July is generally the most expensive month to fly all year,” he notes.

As for zeroing in on when to leave, Young suggests, “Take the first flight out in the morning. It’s the flight most likely to be on time.” His reasoning? Summer air travel is particularly notorious for weather delays—although with the rough winter we recently had, Young’s advice might be smart to follow all year round.

When it comes to booking your flight, one experienced business traveler suggests early morning—even before the crack of dawn—is the best for that, too.

Parisnicole Payton, owner of Philadelphia-based The PNP Agency, a PR and marketing firm for sports and entertainment professionals, travels for business two to three times a month. She says she learned the ticket booking trick several years ago while she was looking for a cheap flight to Miami.

“When I checked the airfare prices at 1 p.m., the ticket was more than $600,” Payton recalls. After staying up all night, she checked prices again around four in the morning and saw that the ticket price had dropped significantly. “It went from $600 to $287,” Payton notes. Ever since, she says she frequently finds much cheaper airfares when everyone else is sleeping.

And if you really want that sweet spot, then check for the best fares in the wee hours of the morning on Tuesdays and Wednesdays. According to Elizabeth Avery, founder of Solo Trekker 4 U, a travel website for individual travelers, “Many travel providers publish new deals on those two days.”

But while midweek might be best for finding the best deals, it’s often not the best time for businesspeople to actually travel. Avery notes that trying to get a flight or reserve a room for a Tuesday or Wednesday may mean you’ll pay a premium. That’s because, as a general rule, if you’re traveling a common business route, such as Chicago to New York City, or if you’re staying at a hotel that caters to the business crowd, you’re going to find prices higher during the middle of the week and cheaper on the fringes.

“Air travel on top business routes tends to be more expensive during the week than on weekends since there’s usually low load factors on Saturday and Sunday,” Avery says. Recently, for instance, she says she found a Washington to LaGuardia Delta shuttle, flying the same day, that was going for $451 roundtrip on Tuesday, July 8, whereas a Saturday, July 12 same-day shuttle flight was priced at $290.

But lower weekend prices on common business legs make sense. After all, who wants to conduct a business meeting on a Saturday?